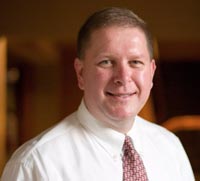 Later this month, Don Schutt will be retiring after 20 years at the UW–Madison Office of Human Resources, and almost 40 years connected with the University of Wisconsin–Madison. Throughout his distinguished career, Don has worked with the Athletic Department, Recreational Sports, University Housing, the Dean of Students Office, and OHR as both the founding Director of the Office of Human Resource Development (now Learning and Talent Development) and as Senior Director, Office of Talent Management. Don has made many lasting contributions to our campus, and his presence will be missed. I sat down with Don recently and asked him to reflect upon those contributions that stand out most in his mind, as well as challenges now facing OHR and the campus HR community at this point in time:

“When I think back to “Listening to the City” and the AmericaSpeaks engagement process in New York City after 9/11, I see how much our involvement stimulated and launched significant engagement processes across UW–Madison,” Don began. He was reflecting upon a massive public engagement process that involved over 4500 New Yorkers, for which he and I had volunteered in July 2002. “I think about the cascading effects of participating in that event, as we brought engagement tools into the 2009 UW Reaccreditation process, resulting in extraordinarily high levels of participation, and a report that significantly influenced the subsequent UW Strategic Plan. This approach was the forerunner of HR Design, whose process now sets the standards and expectations for every engagement process since then,” Don continued. He was most proud, in tandem with this observation, of how we have been committed to inclusive processes, exemplified by the role that Cultural Linguistic Services has evolved to play. “We strive to include all voices on campus to be true partners in the development of policies and initiatives. CLS involvement now assures that we do so in multiple languages across all work shifts,” he noted.

Another source of pride was the recognition that leadership skills and capacities are separate from management roles. “Leadership skills are essential for all employees to cultivate and develop, as well as for our students,” Don continued. He taught a popular student leadership course for 20 years, and he saw great benefits in the projects and real-life applications of the learning that had come from that experience. “I see the engagement, the course, the communities of practice and other ways OHRD and now LTD has supported leadership development, and I think this has made a real impact.”

This led to another key accomplishment, the emergence of professional development on campus as an essential element of the employee experience. “When I first started, OHR offered 32 programs for 660 participants and professional development was often seen as more of a reward for some employees, not as an integral part of the entire employee experience,” Don reiterated. He recalled a specific moment in time 2001 when Business Services decided that their training courses would be channeled through the OHRD registration site, which led to a cascade of other departments doing so. For other departments to see OHRD as the critical office for facilitating professional engagement was key to the sustainability of those efforts and led to the current state where LTD supports over 3,000 events a year for approximately 40,000 participants.

Finally, Don noted that the OHRD Principles of Practice, first developed by the staff in 1998, influenced all of our work subsequently. “The Principles of Practice reflected not only what we do but why we do it… it influenced other subsequent thinking on campus.” Don went on to note “…how important such Principles are, not only when we are living them, but when we are not doing so, not only when they are easy to apply, but when they are challenging.” He was grateful to Carla Raatz, who served as OHR Director through much of Don’s tenure: “Carla gave me a lot of opportunities to be creative and to try a lot of stuff that hadn’t previously existed on a campus – she was really supportive.” He also appreciated how Maury Cotter, former Director of the Office of Quality Improvement, provided great strategic support and a great partnership that facilitated access to processes (such as the UW Reaccreditation Process) that allowed OHRD to broaden its influence and make some of those critical impacts noted earlier.

I also asked Don to reflect upon some of the key challenges now facing OHR and the campus HR community. He saw three areas that were important to note: “OHR needs to keep a systems thinking perspective regarding all the ways HR practices touch people, from recruitment and hiring to learning and talent development and all of the other areas, such as compliance. It needs to be all about the employee’s development and how it unfolds across the entire employee life cycle,” he continued. The recently articulated OHR Goals show symbolically how we are making that happen as we move forward.

He also saw increased collaboration with others across campus as an important area of continued emphasis: “Again, we need to provide support and refer people to the things they need to be successful. Our focus should be on the “best processes,” but not on efficiency alone; we need to be in sync with what people need at the moment they need it, as those moments are defined by that person, rather than by what is most helpful for us.”

Finally, Don reflected, “We need to continue to look at ourselves and our own biases. It helps us see how our own processes invites others to be involved as partners with us in addressing the things that matter.” These invitations and processes need to be genuinely inclusive and respectful,” Don summarized, “reflecting our intentions to live and work in ways that are consistent with our core values.”

In the end, not a bad set of accomplishments, and a legacy from which we all continue to benefit. Thanks, Don.